On July 18, ABBC Foundation launched its decentralized exchange (DEX) ‘DOMINO.’ This DEX aims to be the most secure, transparent, and unique next-generation platform to provide users with the most exceptional experience. New features are coming to the platform shortly after the launch. ABBC Foundation CEO Jason Daniel spoke about DOMINO’s goals and its contribution
Read More 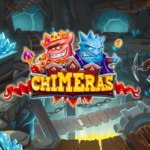 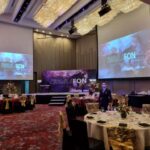 The NFTs are designed to deliver messages based on the Japanese art of Kodo. These messages will encourage NFT holders to find a sense of peace and mindfulness in their life The series launched on OpenSea and was fully revealed at a live event at the Sheraton Towers hotel in Singapore, the first physical launch
Read More

Do you know the saying “Innovate today or die tomorrow”? Being at the forefront of technological innovation is another name of AFRICUNIA BANK, a web/mobile-first digital-only decentralized banking app with digital-first customer service headquartered in the United Kingdom and with offices in the USA, Canada, Switzerland, Austria, Nigeria, Zambia, Tanzania, Vietnam, and Suriname. It helps
Read More